For My Good Friends in the Global Anti-Fracking Movement: Romania, April 2013 I don't know that there is any single shale gas experience. Some of us live with fracking--it's noise, its flarings, its massive truck traffic, and its potential for hazard-- literally in the back yards of our churches, our day care canters, our elementary schools, our retirement homes and our grocery stores. Others are subjected to the endless humming noise of compressor stations, not to mention the ozone and the ever-present threat of explosion. Others are faced with pipeline construction though their communities, their forest lands, their private properties. 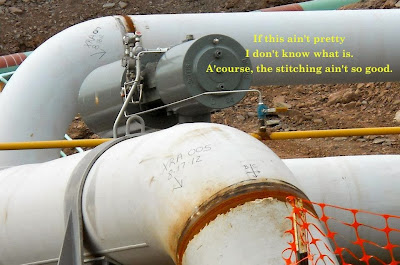 But whatever the particular form extreme extraction takes--whatever aspect of one's community, lands, and waterways are affected by shale industrialization--the hazards are well-documented. and the evidence of the danger mounting.

At first, our focus in the U.S. anti-fracking movement was aimed at the process of natural gas extraction via hydraulic slickwater horizontal fracturing--fracking. The fact that water is permanently destroyed in the millions of gallons is at least alarming. Added to that is the fact that the frack-fluids themselves are saturated by a chemical cocktail which includes carcinogens, biocides, surfactants, and other toxic agents, and that the "produced water (flowback) may also be radioactive, and what you have is a recipe for disaster. 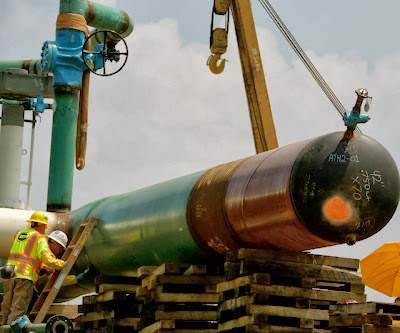 In 2013, however, we have also begun to devote a growing movement's concerted attention to the crucial infrastructure of the fracking industry: compressor stations, dehydrator stations, water withdrawals, pipelines, deep injection waste storage wells, frack waste processing plants, and truck fleets--the necessary conditions without which there is no way to frack or to get the product to market. At every juncture of this form of natural gas production is danger: pipelines leak; compressor stations and dehydrators explode; deep injection wells are the sites of earthquakes. At every juncture, in other words, is the potential for what we have come to call a frack-tastrophe, and all humor aside, what it spells is disease, suffering, property loss, and death. 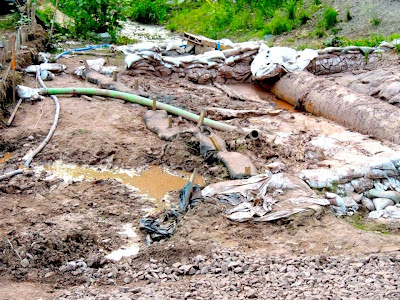 We also recognize that extreme extraction is not simply an issue for citizens of the United States, but is in fact fully global in its implications. Every day is a new opportunity to recognize that whatever flag is flown by a multinational like Exxon-Mobil, Halliburton, Shell, or BP--not to mention the proliferating cornucopia of smaller associated companies--is a day for realizing that a country's flag is simply an exploitation of patriotism for profiteering. BP is no more interested in actually being an America-friendly corporation than they are interested in being beyond petroleum.

We also recognize more and more clearly with each truck accident, each spill, each explosion, each injustice that it's the same people--regardless of geographical location or culture--who are likely to bear the brunt of extreme extraction. Whether it's fracking, mountain top removal, or tar sands extraction, the indigenous, the economically vulnerable, women, the elderly, and children that bear the expense of generating a profit margin at the end of fossil fuels.

And make no mistake about it, we are at the end of fossil fuels. The fracking-gambit is nothing more than the last desperate effort to get the drop of energy out of the shale before there either is no more or, as is even more likely, we find ourselves at war over access to water.

The great irony will be this: We may find ourselves at war over access to precisely that resource--water--that we have destroyed in our rush to get to the gas. And we may prosecute this war with machines fueled by that gas. it's truly hard to imagine anything more ridiculous or absurd.

Especially since we do have real alternatives: solar, wind, geothermal, bio-fuels. We don't lack either the technology or the ingenuity. What we lack is the political will to pursue the alternatives--and, crucially, the will to do more with less.

No energy program can be successful in the 21st century that does not take as its point of departure conservation. We have two choices for our future: we can either take an aggressive, collective and proactive stance and work towards alternatives and community wide conservation--or we can bury our heads in the sand and hope that the fossil fuel train does not derail. Hence, we have really only one choice--aggressive, collective, and proactive. The latter is not a choice at all; it is simply a prescription for ecocide. 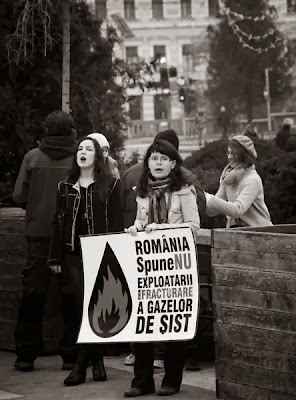 We must say NO to extreme extraction. We cannot frack our way to any future, and with the prospect of climate change clearly upon us we owe it to our children and our grandchildren to make what is revolutionary change in the interest not merely of their prosperities--but in the interest of their very lives.