When Sunrise for the Global Gas Markets is Sunset for Pennsylvania: Williams Partner's "Atlantic Sunrise" Expansion of the TRANSCO

Note: The following is the first of what will be a series of letters to the editor concerning Williams Partner's, MLP (WPZ, formed in 2007) planned expansion of the TRANSCO natural gas pipeline. Each  addition to the series will focus on a specific aspect of the Transcontinental Gas Pipe Line Company, LLC's strategy to maximize natural gas transport from frack pad to compressor station to pipeline to export depot. My aim will be to show that--contrary to Williams' claims to concern for the environment, safety, human health, property rights, job opportunities, or community integrity--the Oklahoma company's singular objective is to maximize the profits of its shareholders and its affiliated industry partners at virtually any cost--so long as that cost can be externalized to the public. 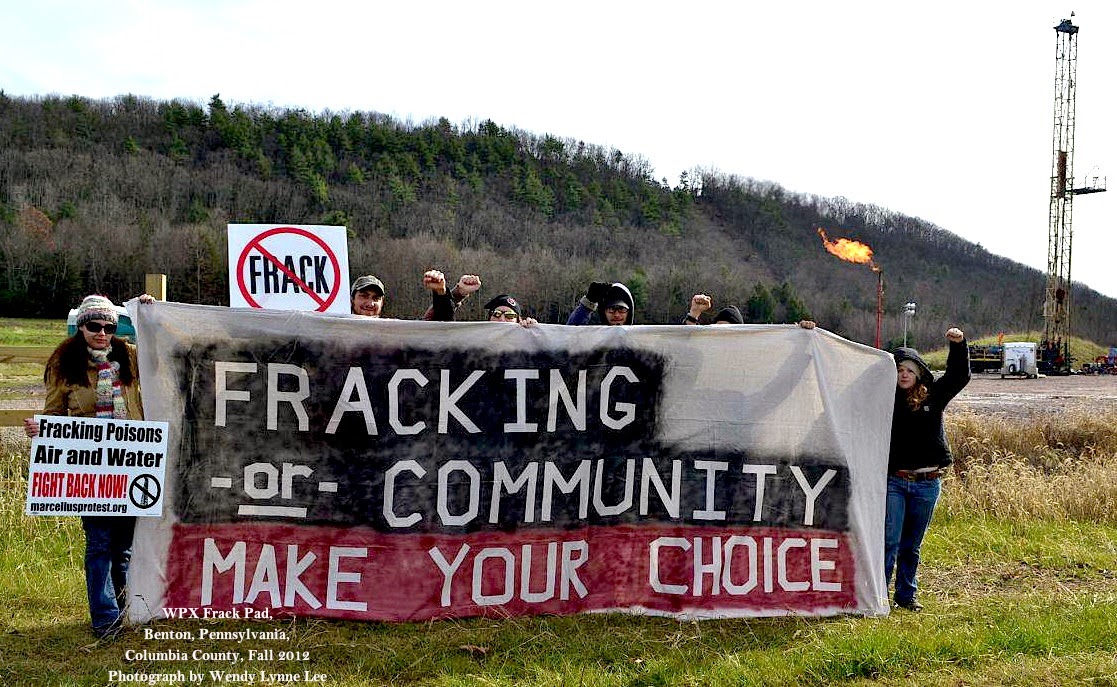 My message is simple and clear: this pipeline cannot be built, and if we allow it we will be to blame for the disaster that will follow. For there's one truth that's as unmistakable as it is undeniable: more pipeline, more frack pads, more compressors, more tractor-trailor, sand can, chem-truck, and waste hauler traffic, more explosions, more abuses of eminent domain, more forced integration, more property condemnations, more water and air pollution, more forest fragmentation, more invasive species, more community division, more cancer, more endocrine disruption, more lung disease, more rashes, more livestock illness, more suffering--more climate change. What this pipeline represents in the continuing liquidation of Pennsylvania's assets, and its systematic  conversion into an industrialized natural gas extraction colony for multinational corporations--just like Williams.

But even as early as page two of the FERC filing, Williams has already told what will no doubt the first of many half-truths and falsehoods with respect to its real objectives:

There are no LNG [Liquified Natural Gas] terminal facilities related to or proposed as part of the Project.

Half-truth at best: the reference to Fairfax County, Virginia is at least indirectly connected to Dominion's plan to convert an LNG import facility into an LNG export at Cove Point, Maryland. Indeed, Dominion's project slogan is "Support Maryland Sending Clean Energy to the World," and Williams certainly comprehends the opportunity to export to Chinese and Indian buyers. Consider the Gulf Trace Project, for example:

foreign buyers after its facilities are fully constructed late next year.


In other words, Williams knows where the big money is--and it ain't the U.S. domestic markets. "Once complete, the Sabine Pass LNG terminal will be the first large-scale LNG export facility in operation, in the United States," and if you think for a minute that frack-gas from under your land isn't headed to the global markets, think again. Williams to Expand Transco Pipeline to Deliver Gas to Sabine Pass LNG>> LNG World News. 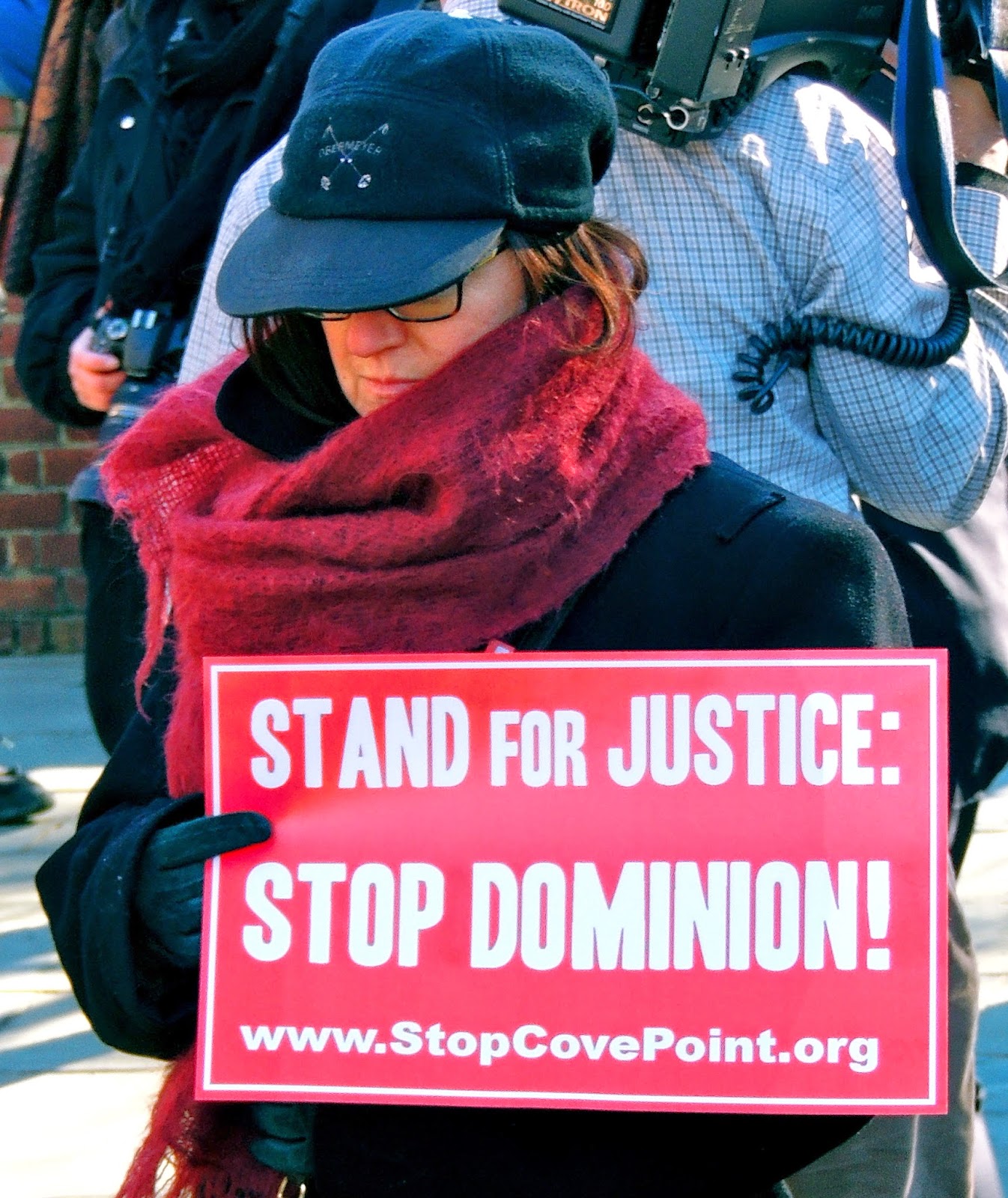 Anyone who believes the patriotic hype about "Cheap! American! Abundant!" just isn't paying attention. Fact is, whether the Atlantic Sunrise expansion is intended for foreign or domestic markets is irrelevant since we can expect to pay whatever the Chinese are willing to pay. Why should Williams sell it to us for any less?

But for those still holding out on the hope that Williams flies the American flag for any other purpose than advertising, here's just one of the commitments to which Williams appeals to justify building the Atlantic Sunrise:

The Cove Point Pipeline may be in Fairfax County, VA, but "Dominion Cove Point’s natural gas

pipeline is connected to Dominion Transmission’s interstate pipeline, as well as to other interstate pipelines that have access to the growing natural gas supplies in the region. Using Dominion Cove Point as an export facility would provide producers with new international markets" (Dominion Cove Point), specifically India and Japan: "Richmond, Va.-based Dominion Resources now wants to turn its entire Cove Point operation around, reversing the flow so it can liquefy the natural gas now pouring out of Pennsylvania wells and load it onto tankers bound for India and Japan" Fuel Fix » Stakes are high for LNG export plan.

And there you have it, the first lie Williams' landmen will tell  to bamboozle and effectively extort property owners all along the route of the Atlantic Sunrise. Appealing to your patriotism, your concern for national and energy security, your sense of duty as a citizen, they'll try to convince you that letting them on your land to add to their 13,900 miles of already extant pipeline is the right thing to do for your country.

But nothing could be further from the truth. In fact, by selling to foreign buyers, Williams actually strengthens the fuel economies of countries whose interests may or may not align with our national security objectives. Is that really worth the despoiling of our forests, the contamination of our water, division in our communities, and the forfeiture of our property rights?

But just in case you're still not convinced that Williams doesn't have American interests at heart, consider this: Williams partnered with Dominion--the global markets their explicit objective--at least as far back as 2009:

TULSA, Okla., Aug. 10 /PRNewswire-FirstCall/ -- Williams (NYSE: WMB) and Dominion (NYSE: D) today announced their intention to form a joint venture to market and develop a new pipeline to transport up to 1 billion cubic feet per day of natural gas produced in the Rockies and Appalachian basins (including the southern Marcellus Shale) to growing markets in the Eastern and Mid-Atlantic regions. The proposal, to be known as the Keystone Connector, would extend from the terminus of the Rockies Express pipeline in eastern Ohio to Williams' Transco Station 195 in southeastern Pennsylvania. Williams and Dominion will be working with potential shippers to determine the level of interest in the proposal. Dominion News

The connector for the Atlantic Sunrise? TRANSCO Station 195. 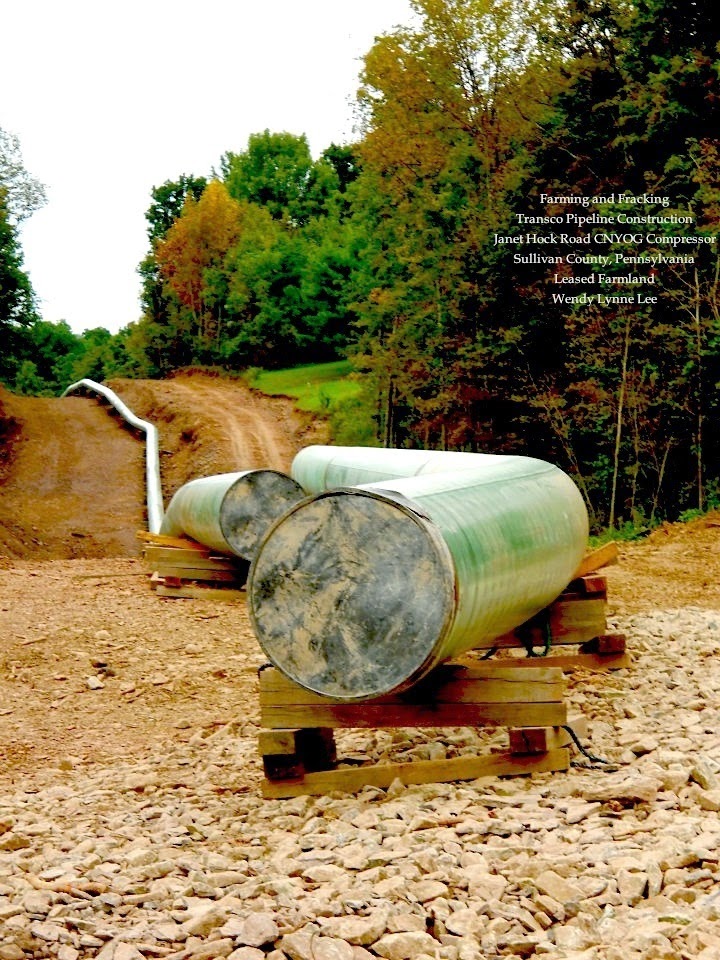 Here's the upshot: since at least 2006, the big energy companies--like Williams--have been working as hard as they can to extract the last drop of fossil fuel before the wells run dry--or the expense, already mammoth, is just too immense. What we can clearly show in 2014 is that this industry spends millions to avoid litigation for contaminating wells, despoiling forests, and polluting air--and they're more than happy to buy out your property once they've destroyed it and made impossible for you to sell, if you'll just sign a nondisclosure and gets your kids to agree to it too (Pennsylvania Judge Orders Records Opened in Fracking Case - Bloomberg). Williams is no exception. Just ask the folks of Appomatox, Virginia, or Marengo County, Alabama (Owner of PA Natural Gas Facility that Exploded Has Lengthy Record of Pipeline Safety Violations - Natural Gas Watch.org).

But more of this in a coming letter.

For photographs of pipeline similar to the one Williams intend to construct, please see:

For articles relevant to this one, please see: