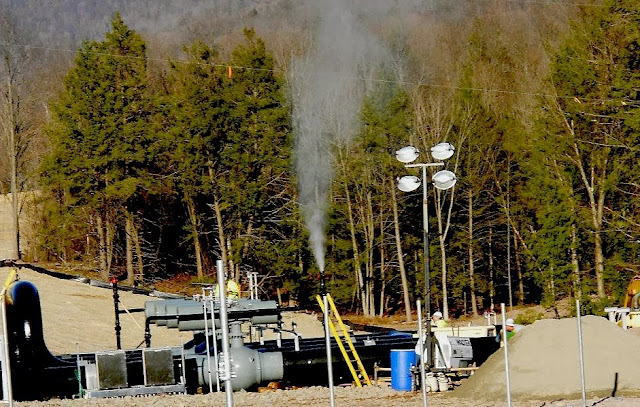 Dear Earthworks, here are the facts:

Here in Pennsylvania, the gas industry does its level--and VERY successful best--to use not "best practices" but "best-for-us-gassers practices." These include legislation to GUT the state endangered species act, make forced pooling much easier, gag physicians with respect to informing their patients about toxic emission exposure, tether road repair to fracking in state forests, use frack waste as road-de-icer, allow gas companies to make royalty holders pay for gas company expenses, and transfer legitimate municipality powers to the state--all with the cheery support of the very agencies invested with the power to monitor the gas industry--DEP, DCNR, etc.

So when you run a story about new technologies gas companies could use to lower toxic compressor station emissions, implying that the industry might just sign on, the response you should expect to get is, well, incredulity. And then your readers should just be PISSED.

In fact, even if they DID use this technology, the reduction is relevant to only one slice of the fracking pie--AND it gives a green light to MORE fracking by saying to the industry "Hey, gas industry, if you could just reduce a wee bit of your polluting over here, you can go ahead and keep on a'frackin'. THAT's your end of the deal. And just cuz the polluting goes WAY beyond compressor station emissions and flarings, not to mention pipeline leaks, well, that's for another day." 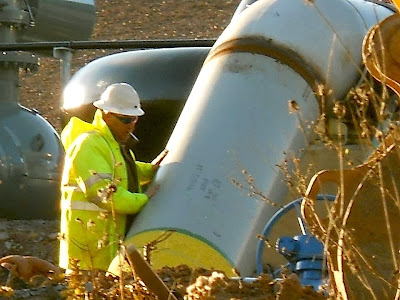 Plus, Earthworks, you've ignored the plain fact that the number of companies that will be willing to employ this technology--and monitor it to make sure it works--is miniscule--all the while, again, you're giving the green light to an industry to go build more compressor stations EVERYWHERE FOLKS DON'T HAVE THE POWER AND THE MONEY TO DEMAND "BEST PRACTICES." AND THAT'S ALMOST EVERYWHERE.

Here, Earthworks is your new, Earth-Destroying message: "Go ahead and drill, baby, drill! If you need more compressors--and we KNOW you will, pretty please just use these "best practices." That is, we think a little cancer, a little leukemia, a little endocrine disruption, a little, neurological damage, a little asthma, is OK--so long as it's not us and we don't have to know who it is! Or, well, until we aren't looking, or until it costs you more than using folks who are suckered by your bull shit are worth."

In short: WHY SHOULD THE GAS INDUSTRY STOP FRACKING SO LONG AS ALL WE'RE ASKING FOR IS A FEW MORE CONTROLS ON THE AMOUNT AND RANGE OF HARM? WHY ISN'T THIS JUST SELLING OUT OTHER PEOPLE'S KIDS TO THAT HARM?

"Glycol dehydrators are a major source of benzene emissions within the oil and gas industry. Fatalities from human exposure to high concentrations of benzene have been documented since the early 1900s, and studies have shown correlations between workplace exposure to benzene and the onset of certain forms of leukemia." 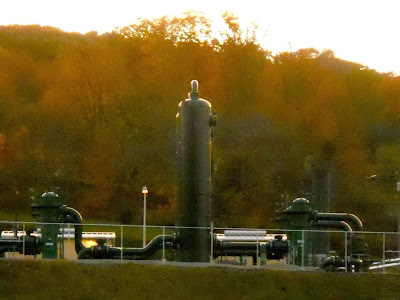 That's from your report: http://www.earthworksaction.org/index.php/issues/detail/air_pollution#.UolgASiUD8u

Still--the onus is on US: WHY SHOULD THE GAS INDUSTRY TREAT US ANY BETTER THAN OUR WILLINGNESS TO SELL OUT EACH OTHER?

You ain't makin' me breath easy, EarthWorks, and by suckering up to an industry whose contribution to climate change is poised to be massive, you're makin' me choke.
Posted by Wendy Lynne Lee at 5:42 PM