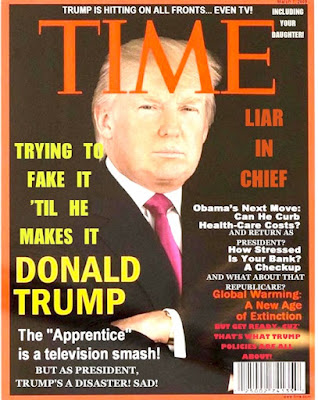 
...to Mar-a-Lago 3 nights in a row around New Year's Eve, and insisted on joining me. She was bleeding badly from a face-lift. I said no!"


And here’s the Washington Post Op-Ed responding to the Trump-Tweets by Joe Scarborough and Mika Brzezinski, where among other well-made points, the authors make clear that Trump is lying.


However, while I agree with Mika and Joe that the president "is not well," I think they don't go remotely far enough.


Trump has absolutely no excuse whatever for being "not well."


His behavior is not merely boorish and crude--it is misogynist, and we have copious examples of his view of women as discardables. The claim made by far too many Republicans that "he's new to the job," is beyond absurd.

The defense-through-silence of his daughter Ivanka is worthy of public condemnation, especially given her claim to speak for working women, to be a feminist. 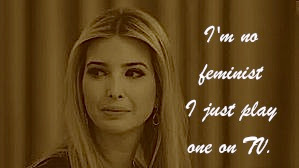 
As for Trump, you don't get to be new to this job.


Your grotesque behavior isn't about being new to any job.


This worldview structures precisely the "reality" that supports


This worldview supports precisely the multinational industries, themselves nearly entirely controlled by white and/or Western(ized) men, poised to make bank:


The militarization of cities

I am about to become a grandmother for the first time to a grandson. I know that my son and daughter-in-law will raise this child to understand in his bone marrow the equality and essential humanity of women.


I know that they will raise him to see every human being as unquestionably equally deserving of love, affection, tolerance, patience, charity, compassion, honesty, decency, and above all--respect.


But I also know that it's no longer sufficient to simply grouse that Trump's is not typical behavior.


Trump was elected. President. Of the United States.