FROM RURAL PENNSYLVANIA TO VLADIMIR PUTIN WITH LOVE: POISONED KISSES FROM THE MARQUARDT, UNIT 1H, EXCO. 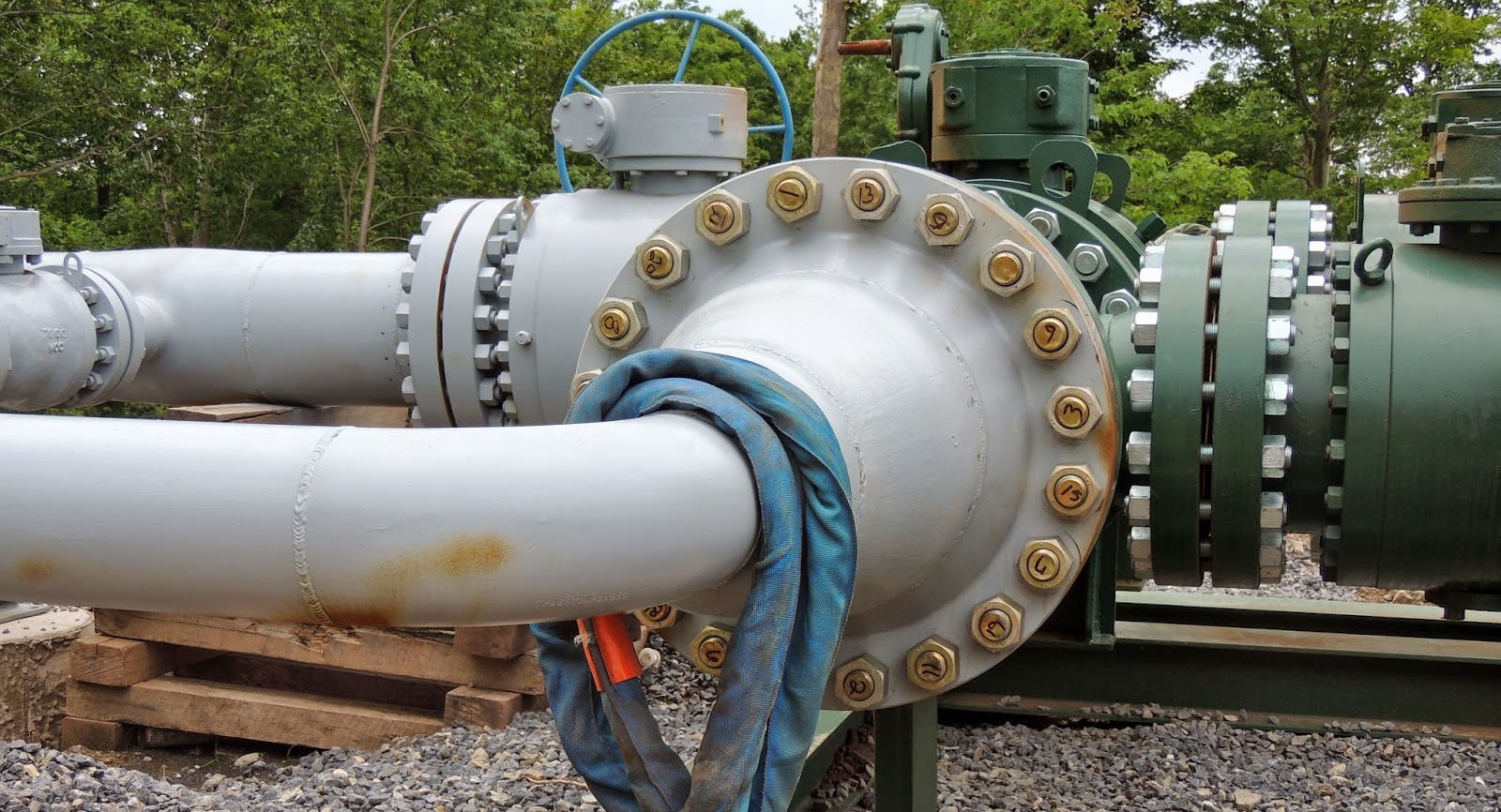 Thanks to the excellent Shale Justice Executive Committee Member John Trallo, here are some fun facts about frack waste at just one frack pad in Pennsylvania, EXCO's Marquardt Unit 1 H, from July 2009-June 2011--and a few pictures that the industry would just as soon see criminalized--taken from the public roads that the industry would prefer to control for its own purposes: 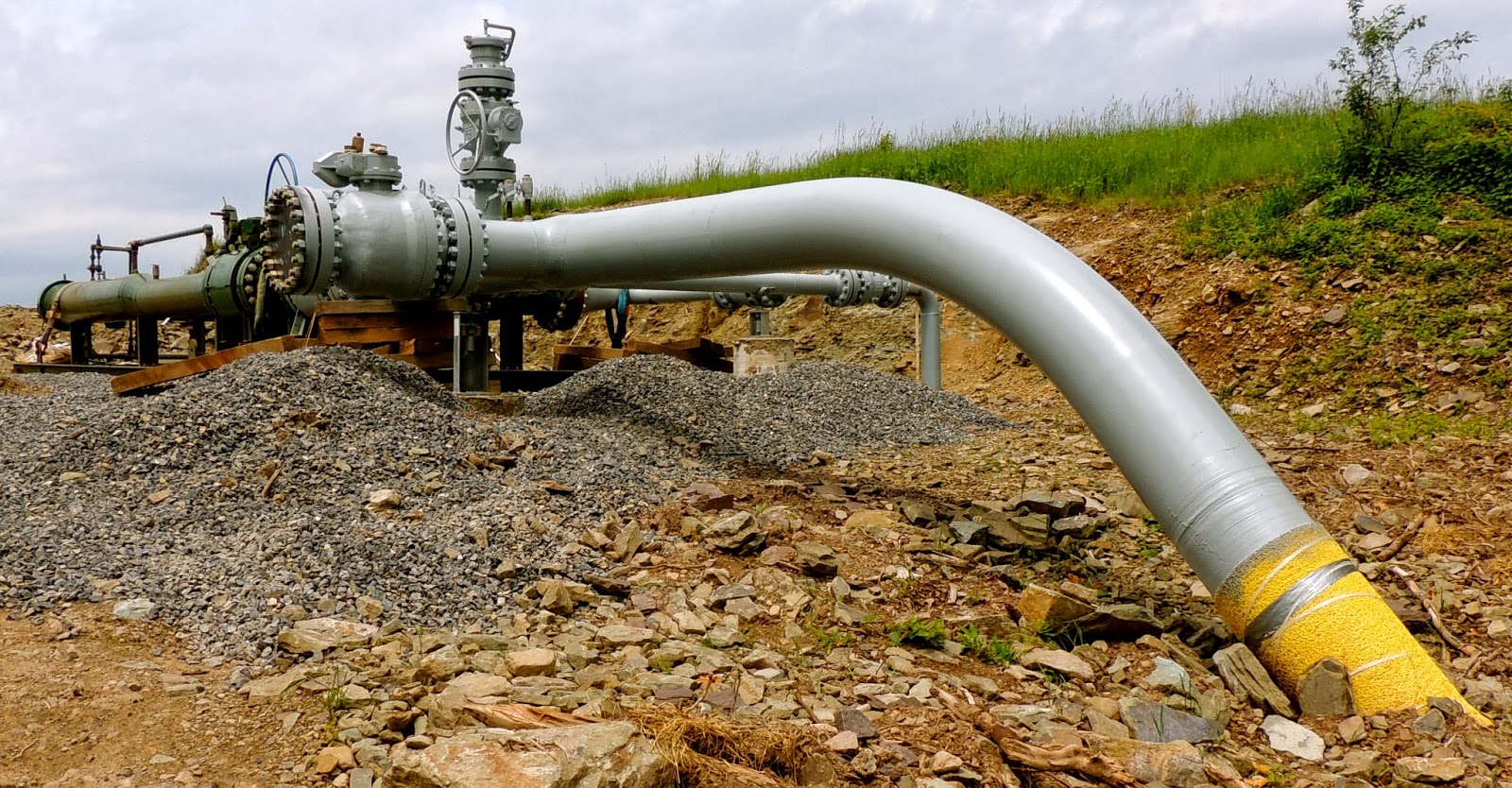 This site has five violations, including two for "Pit and tanks not constructed with sufficient capacity to contain pollutional substances," another for "no permit # on sign, cellar full of water - no bubbles, 750 psi on prod. frac tanks on site need to clean up contaminated soil around cellar garbage dumpster is full and trash is all over - clean up," and a spill reported February, 2014: "Spill reported 2/27/14. Several barrels flowback blew out of flare stack. Little sign of spill on ground. Results pending site characterization report."

And here's an interesting factoid: when you copy and paste the violation report, it redacts the central content. Hence I have left stand the redactions--so the reader can see precisely what EXCO would prefer you to NOT see. And I have included my own photographs so you can see what EXCO has left of your countryside. 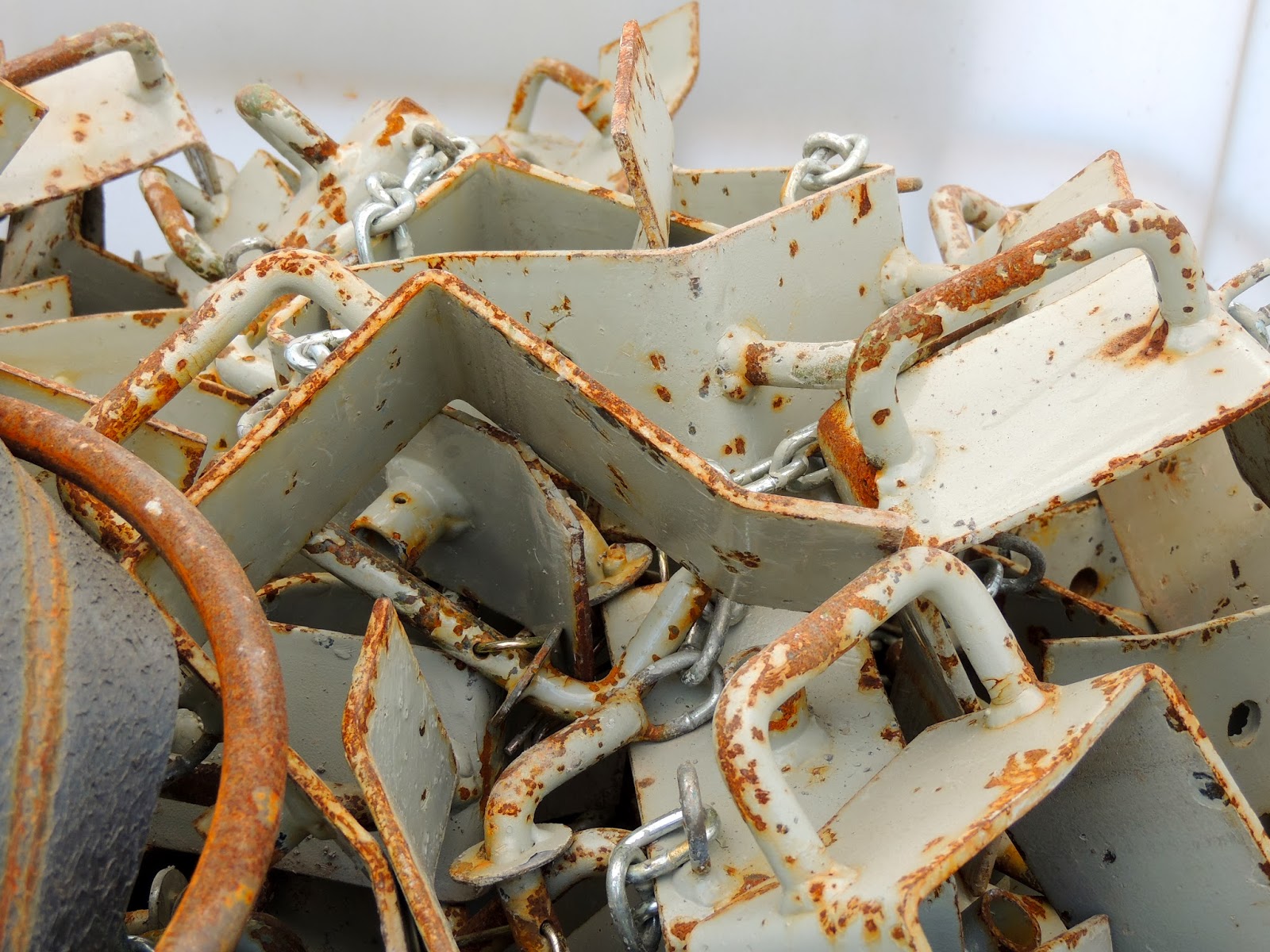 Here are the same sentences, typed out ver batim: This site has five violations, including two for "pit and tanks not constructed with sufficient capacity to contain pollutional substances," another for "no permit # on sign, cellar full of water- no bubbles- 750 psu on prod. frac tanks on site need to clean up contaminated soil around cellar garbage dumpster is full and trash is all over--clean up."

Then there was the spill reported 2.27.14 that included "several barrels of flowback that blew out of flare stack..."


To Putin with Love 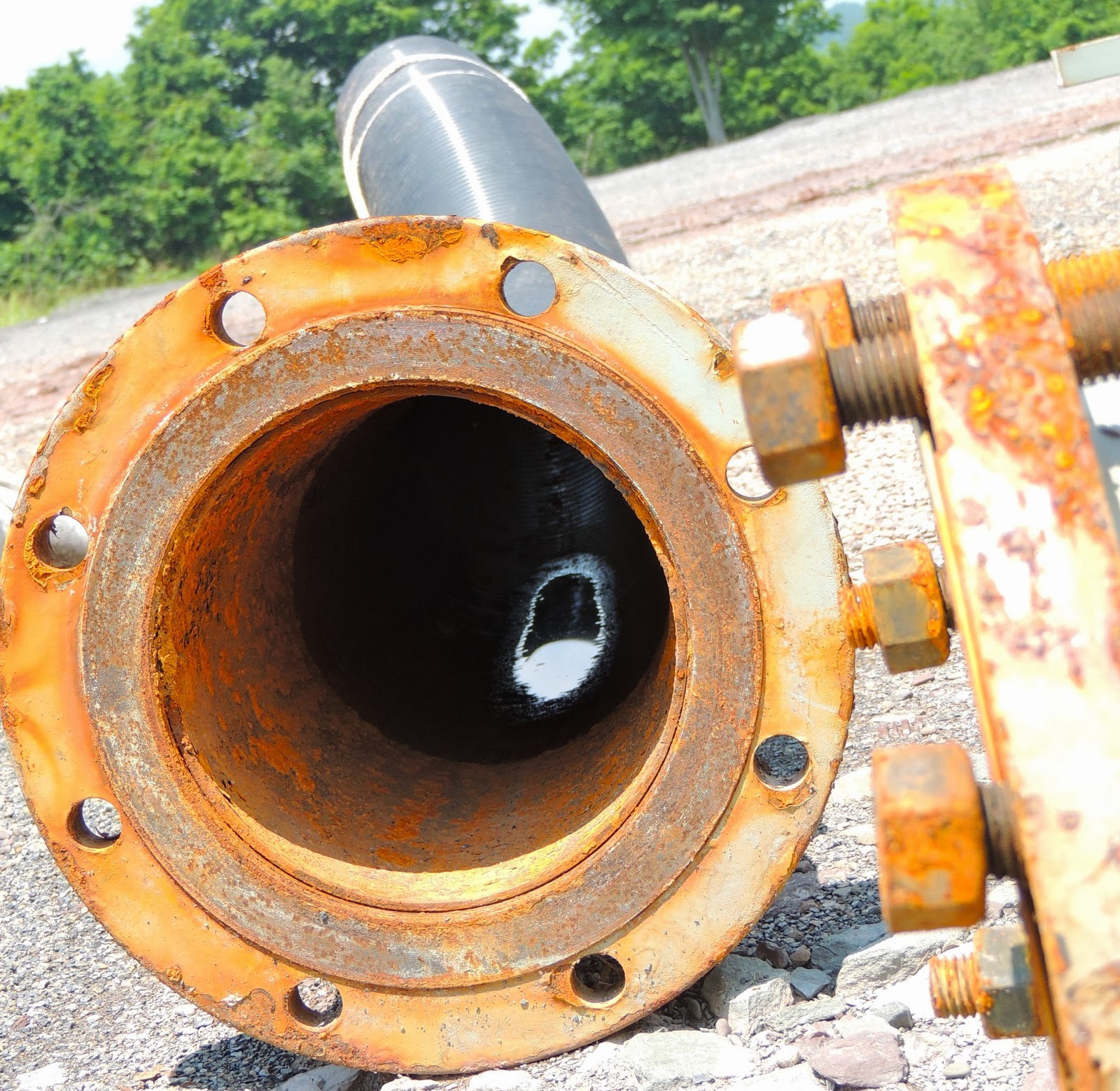 The crisis in Crimea is heralding the rise of a new era of American energy diplomacy, as the Obama administration tries to deploy the vast new supply of natural gas in the United States as a weapon to undercut the influence of the Russian president, Vladimir V. Putin, over Ukraine and Europe.

Honestly. What transparent Bull Shit. This is merely code for: exploit the crisis in Ukraine as an opportunity to effectively appropriate from Russia the very thing that fuels Putin's hegemony--gas. This isn't about aid to Ukraine; this isn't about the reincarnation of the Cold War; it's about taking full advantage of political and economic instability as a means to "justify" the export of natural gas from the United States, and thereby "justify" the continues conversion of the shale regions--just like Davidson Township--into frack-gas colonies for multinationals like ExxonMobil.

Reduce Ukraine's dependency on Russia, by what? Swapping it out for that struggling nation's dependency on ExxonMobil--or one more company whose profits line the pockets of our elected representatives? If we think there is any real difference between Gazprom and ExxonMobil (or any of the other natural gas giants), we are fools. This struggle isn't about geography, national identity, or cultural and ethnic heritage nearly as much as it's about whose fossil fuel regime is going to control our addiction to what's left of the gas. 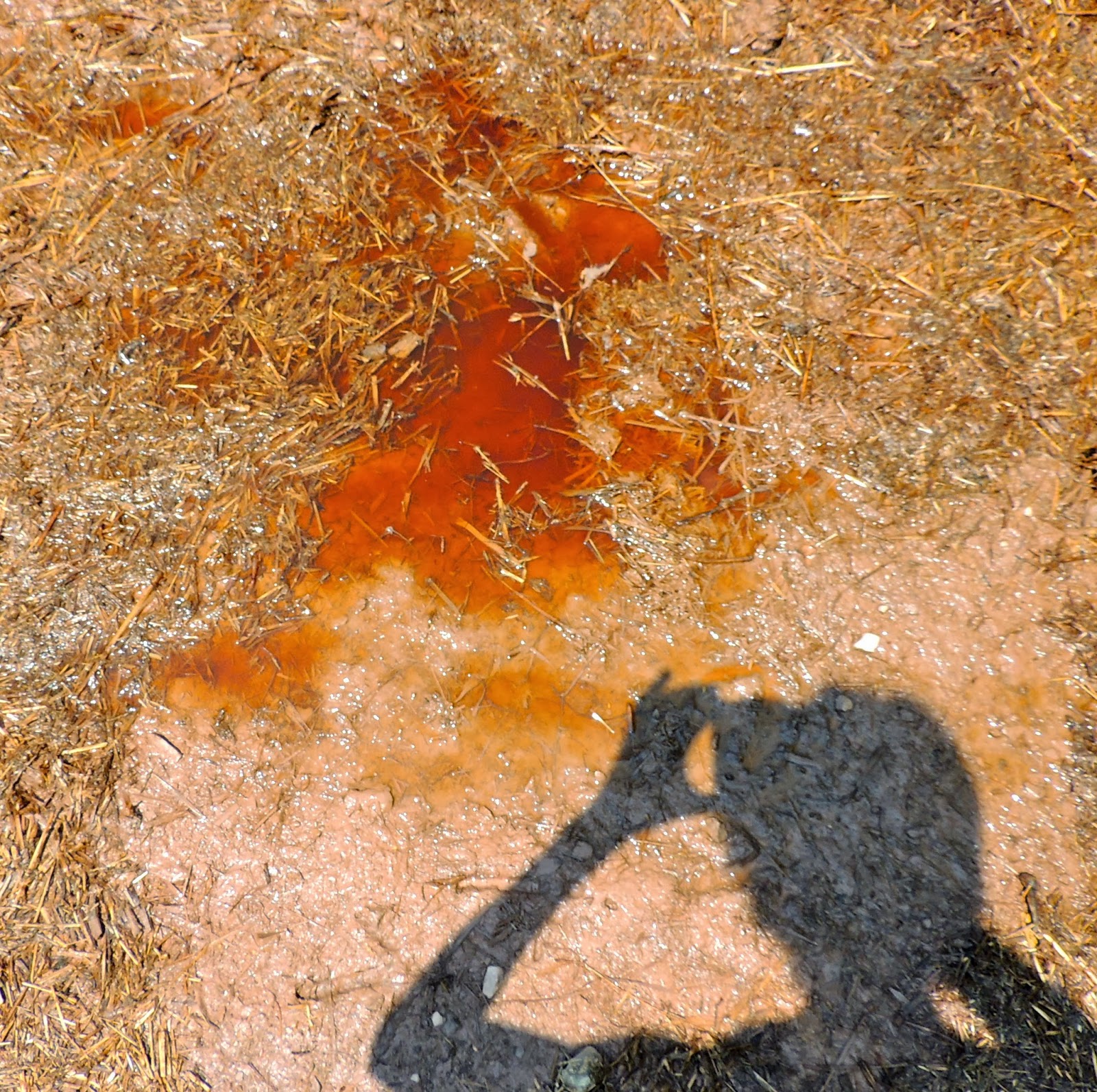 While nationalism may provide one very ugly face to this conflict, and while other equally ugly ideologies like Neo-Nazism may capitalize on the conflict, the facts are that this is about who has access to these last drops of gas, whose going to make money off it, and who is going to bear the expense. If we do not begin to see this clearly--if we do not end this addiction--the struggle we are watching play out in Ukraine is merely a preview of coming attractions.

But I digress, so let me bring this right back down to home:

All the while the United States, the European Union, the Russians, and the Ukrainians are playing a ludicrous game of brinksmanship over geographical boundaries that matter no more to multinationals like ExxonMobil or EXCO than the mileage they can get out of waving flags in advertising campaigns, the only real obstacle the multinationals face is a growing global citizenry that's wising up to the destruction of the only planet any of us have: this one.

So--no wonder they're willing to use whatever means they have--governments, police forces, surveillance agencies, private security forces, retired intelligence officers to shut us up and shut us down.

The only real difference between, say, the Pennsylvania State Police/Joint FBI Terrorism Task Force Officer at your door and the "State Department initiative to use a new boom in American natural gas as a lever against Russia" is a difference of strategy to the very same ends--the conversion of fossil fuel into the cool crisp color of money.

We all have a right to know the ways in which we are being poisoned, the real meaning of regulation as rate of harm, and the deception, manipulation, and extortion to which the industry is willing to put its time in the interest of getting the gas out to the highest bidder. We have a right to know what our government might be willing to go to war for--cuz' it ain't you.

Hell, with the new push by the gas companies--especially ExxonMobil to exploit to its maximum potential the crisis in Ukraine in order to create new markets for shale gas--and the willing complicity of the Obama Administration to this latest industry gambit, why shouldn't we expect to see even more reckless behavior, more pressure to drill, more pressure to construct pipeline--more explosions, more spills, more of the transformation of Pennsylvania--and everywhere there's frackable shale--into the profits of companies who are more than willing to exploit nationalist and ethnic rivalries, ego-driven posturing of world leaders, and the economic destitution of entire peoples to its profit objectives.

I am often cautioned not to use the language of "genocidal profiteering" to describe the behavior of the fossil fuel industry.


But what else is this maniacal rush to extract the last drop of gas using technology that liquidates our ecologies, destroys our communities, contributes to climate change--and is right now fueling, literally and figuratively, the machinery of war?

What none of these heads of state or their operatives seem to get is that people--Americans, Ukrainians--people want to live. And we want our children to live. Folks are beginning to wake up to the fact that "sustainable" means nothing to ExxonMobil or Shell or Anadarko or Chesapeake or Chevron than a barely survivable wasteland that looks more like the stripped arm of a heroin junkie than like a world you could leave to our kids. 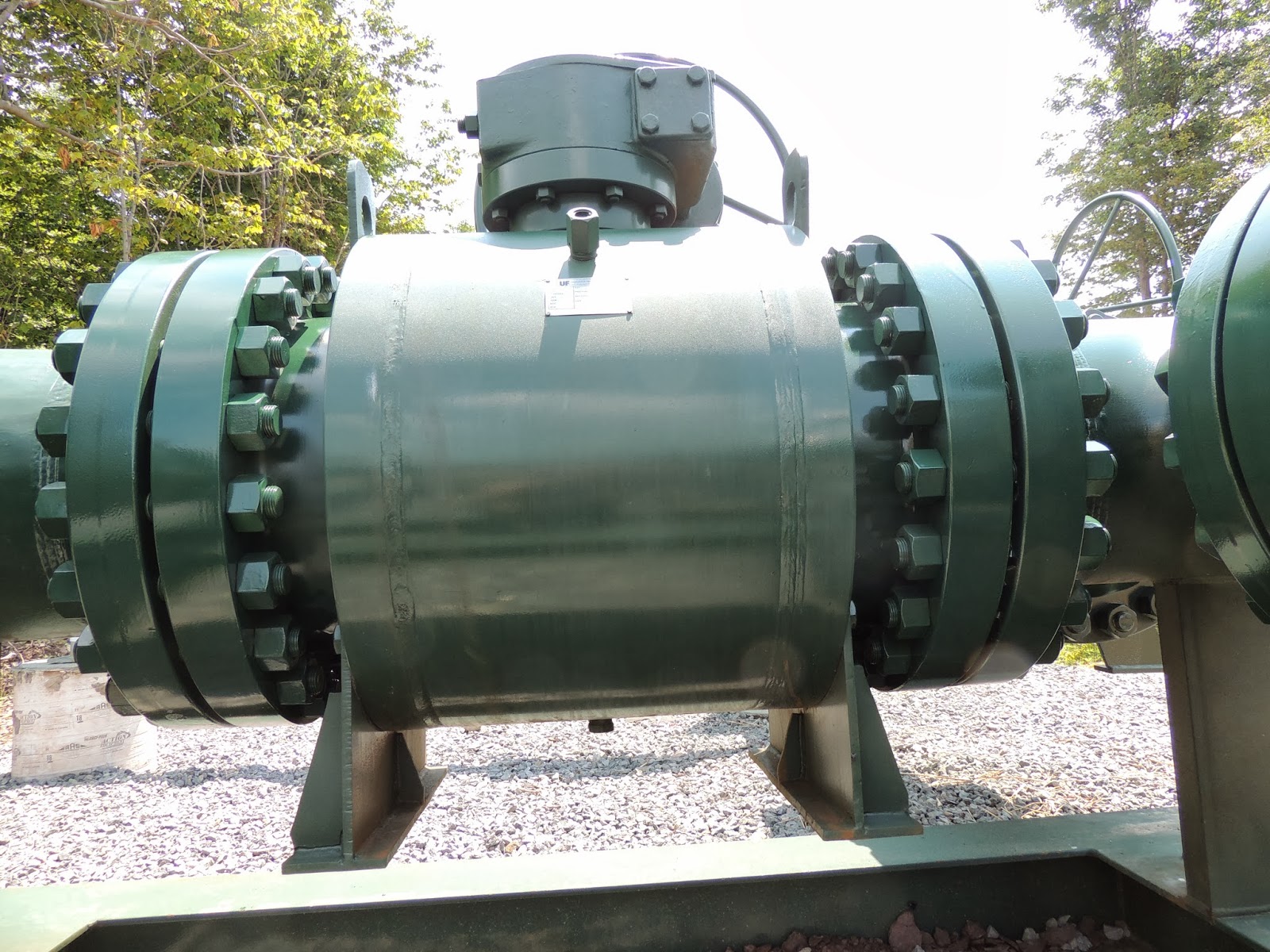 And that's pretty much where I always end these musings. Your kids. My kids. Ukrainian kids. Russian kids. The kids who live near EXCO's Marquardt, Unit 1, with its insufficiently constructed pits and tanks, it's spills, and its "stakeholders" willingness to hold us all hostage even to the threat of war for the sake of its relentless pursuit of the only green it knows, the one it uses as a cadaver's cosmetics, but whose real color is always that of money


(THE WRENCH: CADAVER COSMETICS: THE AESTHETICS OF "SUSTAINABILITY").

Wendy Lynne Lee
Shale Justice/Shale Justice
Flickr Photographs of the Marquardt:
It's all the loyalsock to me: Rine road frack pad, sullivan county, pa - a set on Flickr