Letter to Benjamin Bratton: "We Need to Talk about TED" 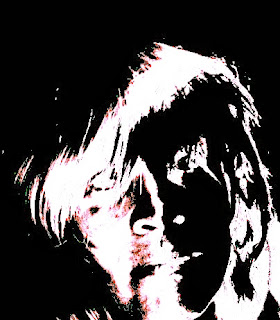 I wanted to take a moment to say "Thank you!" for "We need to talk about TED" (http://www.bratton.info/projects/talks/we-need-to-talk-about-ted/). Someone I care about was recently invited--and under fairly arbitrary and little-vetted circumstances--to give a TEDx talk (http://www.ted.com/). I was immediately suspicious, in part because I have worked--indeed, fought--for years to keep the humanities at my institution from being suffocated by TED-like substitutes for substantive, engaging, pedagogy--the sort you wished could go on lots longer than 18 minutes. I have taught philosophy at Bloomsburg University for nearly 21 years--and being witness to the erosion of the liberal arts in higher education has led many of my generation of academics to wonder whether the humanities education necessary to equip citizens to do the hard work of a democracy is simply dying on the vine--or was more mythology to begin with.

I tend to the latter.

Several years ago my own administration sought to institute a "transformation" of our general education requirements. The "new" Gen-Ed offers students a kind of TEDx experience of a "humanities" represented to them as a menu of "McCredits" on their way to job-focused majors cast as the "real" purpose of higher education. "[T]aking something with value and substance and coring it out so that it can be swallowed without chewing,"--that is exactly what our new "humanities" is posed to become--and it has driven me to think about early retirement from a profession I otherwise love. I aggressively led the charge to retain the integrity of our liberal arts programs (and was more grateful than ever for tenure)--but against the TEDx allure of "quick, cheap, easy, packaged McKnowledge" there seems to be little defense. Now I have gone "gorilla" and I very deliberately craft courses that offer students texts and tools for the critique of the institutions--government, corporate, "educational"--that would convince them that "freedom" is a row of "Duck Dynasty" CD choices at Walmart, or that education is just a necessary evil on the way to a career you can stand until the weekend arrives--when you drink 'til Monday, then do it all again. Last semester I taught an entire lovely term on The Communist Manifesto and its implications for the 21st century--good and bad. It was a blast. We all actually learned something. But like our new "humanities" programs, TEDx isn't about learning--that would involve real thinking and the possibility that one might be wrong--and you don't get all that much spiritual confirmation out of that.

I was particularly impressed by your question "But have you ever wondered why so little of the future promised in TED talks actually happens?" I think the question is not as much whether some of the ideas are right or wrong--some seem very compelling; others inspiring-sounding, but too vague to be meaningful, others just plain insipid. I think the question is whether actually creating the conditions for change is what TED is about at all. I think the answer here is plainly NO. Part of what makes the whole TED world-view, if it makes sense to call it that, so ready-for-satire is that, it stinks of a weird kind of Noblesse Oblige--important smart folks (or folks who are invited to think of themselves as important--however smart) who hold forth for 18 minutes on something that IS potentially of great value, allegedly making it more accessible to a wider audience--but without having pointed out that what's being made so available has been "cored out," potentially distorted, watered-down, bastardized, and sanitized to the point where all that's left is a sandwich of sound bytes that tastes sort of good, but once its gone, it's just, well, gone. That, I think, is naught but a prescription for, as you put it "civilizational disaster."

I think you're right on the dollar when you suggest that on the TED "worldview" if we talk long enough about world-changing ideas, the world will change--and that this is demonstrably false. I could not know this more clearly in my own life as an organizer in the Pennsylvania anti-extreme fossil fuel extraction movement. We have lots of "talkers"--many who REALLY have had some horrific experiences with the gas companies destroying their lands, their wells, their property values. It's not my aim to demean this. But if I have learned anything it's that however compelling are these stories, however galvanizing, they don't actually offer us meaningful avenues of real change. That argument for real change requires that folks do a LOT more than tell their stories, including telling them as a TEDx talk. It's easy-peasy to nod approvingly about how fucked-up things are, and then go out to dinner at an Olive Garden. It requires that we take risks, that we undertake the inconvenient, the unpopular, the sometimes turgid and not much for sexy work of, say, movement building, door to door, municipality to municipality if what we want is real change. And, as you imply, coming out of an 18 minute talk feeling like things are all OK is more akin to the manipulations and extortions of, say, EST than it is to any really meaningful communication.

Honestly, I don't want folks to feel good. I want them to get off their asses and DO something. There's nothin' about TEDx that I can see that gets folks to THAT.

Quite to the contrary.

I have lots more to say about your essay--I just really enjoyed it--in that sort of dark, vindicating sort-a-way. But I'll suffice for now with just a couple of one (or two)-liners on the specifics;

About T- for-Tech: It seems to me that critical theorists like Walter Benjamin, Max Horkheimer, Theodor Adorno, and to some extent Jean Baudrillard make similar points about "cultural de-accelleration"--and that this too is right on. "Placebo technoradicalism" is just that, a largely blind faith in the techno-fix without much by way of any critical evaluation of what the tech is for--other than insuring we can just do faster, cheaper, more of the same. In this respect, much of that tech is deployed to inherently conservative ends--and some of it--improved surveillance tech, for example, is deployed (quite literally) to both conservative and arguably fascistic ends. "Our machines get smarter and we get stupider."

And on the other side of this, I have had some really testy interaction with the eco-primitivists--Derrick Jensen (Endgame)--who insist that if we simply "return" to some mythical ideal of our "roots" sans high tech that all will be well. Of course, as Jensen argues, someone will need to blow up the Hoover Dam to get THAT ball rolling, and it can't be him. He's the "visionary." As per usual, other folks get to do the dying--and we don't wanna talk about that; it's not the stuff of a TED-Kumbaya moment. I find both of these perspectives absurdly naive (and snotty), and both seem to think no further than a "we" who looks like an "us" that's pretty damn white, pretty damn privileged, and pretty damn male. Makes my blood boil.

"The placebo is worse than ineffective, it's harmful." This, I think, is the most important point you make--TED and TEDx are not just distracting--they're distracting in ways that encourage us to remain complacent--to just "carry on" re-posting on our FB pages, checking our cell phone news apps. And even worse--it encourages those suckered by the TED worldview to settle for, as you put it "affectation" over substance, Mc'Knowledge over the productive discomfort of critical evaluation, sitting on our asses while "others" do the messier work of change. All the while the climate warms, GMOs continue to dominate access to (bad) food, factory farming proceeds with nary a whimper from the dinner party at Olive Garden, and folks are comforted by stupidities like "if you've got nothing to hide, you needn't worry that your government surveils you" and the like--by the truckload.

So, thanks Professor Bratton--your essay wasn't exactly cheery, but it made me feel less like I'm the crazy.